On the way to Lake Louise from Banff I was really starting to enjoy this transmission-less vehicle.

While other car makers are touting six and seven speed transmissions, Lexus invoked a paradigm shift with a 'one gear' continuously variable transmission (CVT).

That's right, no shifting whatsoever! No gears to shift, no lock-up torque converter, just an infinitely variable drive system controlled by the Lexus Hybrid Synergy Drive® (HSD) electronics - this thing really is a "computer with wheels". 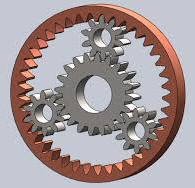 There are numerous approaches that have been used to make a CVT, but Lexus has done it without using any cones, belts, or other adjustable mechanical mechanisms. Instead, it uses a fixed ratio planetary gear structure that can feed power to the wheels from the gas and electric engines simultaneously, in any proportion.

The result is that it goes from zero to 100 kmh in about 7 seconds, with a perfectly smooth power curve, and a subdued throaty resonance from the engine. I suspect the Lexus RX engineering team spent some time tuning the very pleasant growl you get when you put the variable resistor pedal to the metal.

As soon as you lighten up on the accelerator and engage the cruise control, it settles instantly to that speed setting. The closest parallel I can think of is that it is like driving with a quiet jet turbine under the hood.

Gem of the Rockies

Lake Louise is a spectacular place, even though there are no hot springs there ... and hiding close by is what I consider to be the real gem of the Rockies - Moraine Lake. When you turn off the main highway, heading for Lake Louise, there's another turn you can take onto Moraine Lake Road that will be well worth your time ... 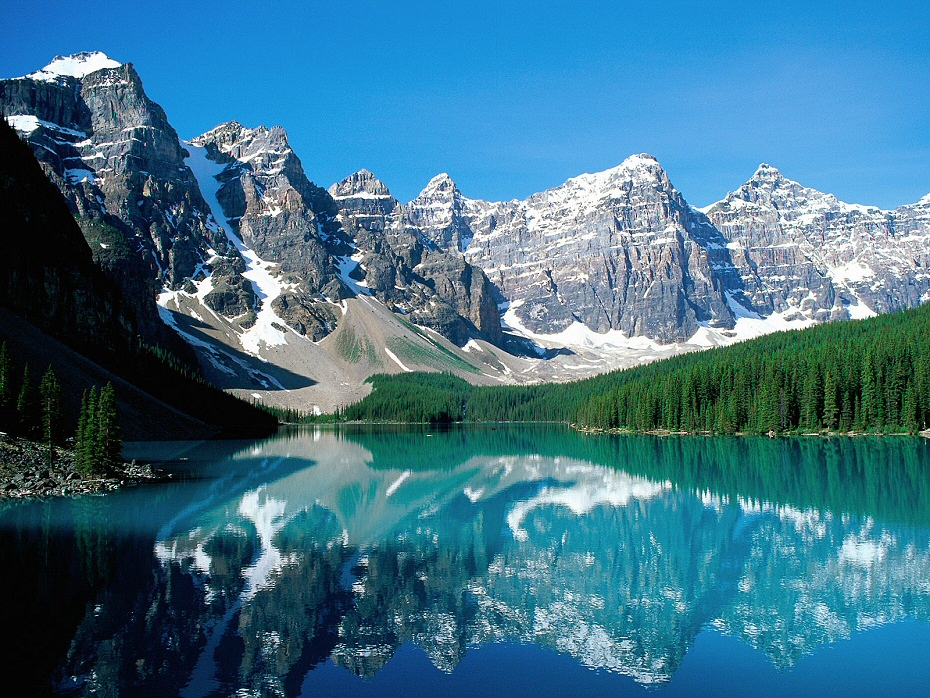 You'll soon be treated to a stunning vista as you come upon the sparkling waters of Moraine Lake in the Valley of the Ten Peaks - what a monumental sight!

The road is closed until the end of May, but if you get there by June, you can drive right into this magical place and rent a canoe to explore the lake. If you want to find out what it feels like to feel very very small, this is the place for it, with towering peaks surrounding the landscape.

The lake itself is very unusual in that the river that drains out of it gets blocked by ice during the winter, but by late August, the ice jam has melted and there's hardly anything left of this beautiful lake!

We first came upon it when we were traversing the Columbia Icefield route in our motorhome about 10 years ago, and it has remained carved into my memory ever since. I think it is one of the most beautiful sights in the world.

I rented a canoe (on-site rentals) and paddled to the end where the rivers come gushing off the melting snowpack and actually rush right through the forest as they overflow everywhere - it's a sight unlike anything I have seen before. But even if you just paddle to enjoy the majesty of this place, it's quite enough - the awesome beauty is overwhelming.

You can stop in at the Lake Louise Chateau and take in the glistening waters of Lake Louise. This venerable landmark is operated by the Fairmont group, the same group that runs the Banff Springs Hotel, and your experience here will not disappoint. 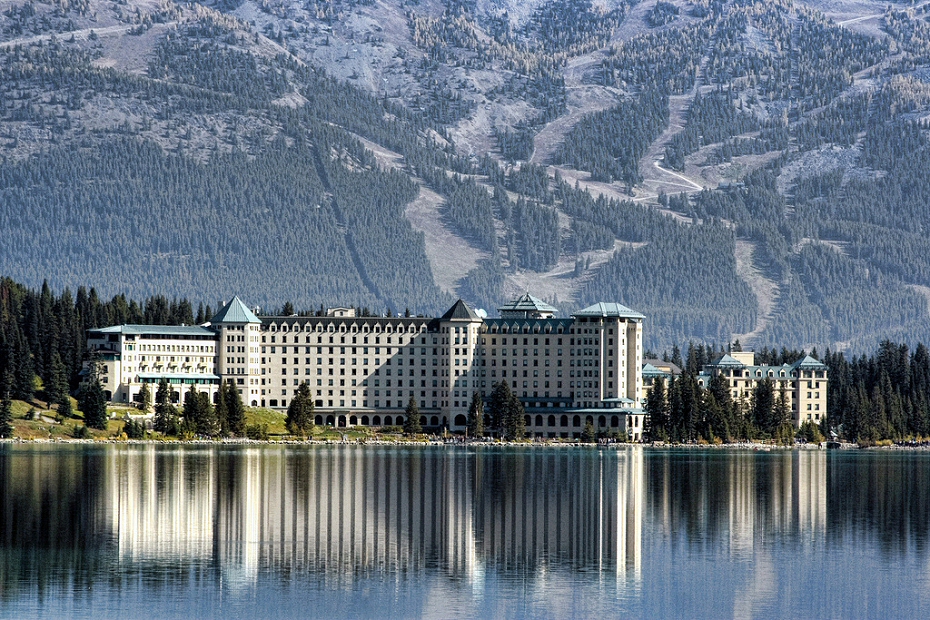 There are also fine accommodations in the Lake Louise village down in the valley, if you're looking for something a little less grand. In the above picture you can also see the excellent downhill ski area across the Bow River valley.

This is yet another spectacular lake setting, and Lake Louise stays frozen throughout the winter until late May or early June.

Here's what Lake Louise looks like from one of the hotel balconies: 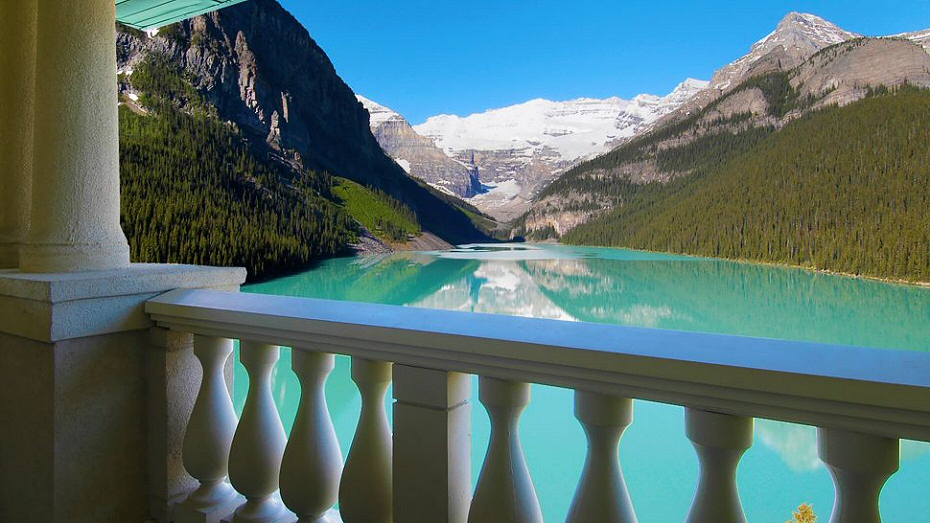 We didn't linger here as we were on a mission to see the Golden Wolves. Jenni had spotted a brochure for the Northern Lights Wolf Centre located just north of the town of Golden, and since neither of us had ever actually seen a live wolf, we were determined to make that experience a part of the trip.

We had originally planned to take the highway 93 route (missing lake Louise) through beautiful Kootenay National Park and come out at Radium Hot Springs for the night. But since Jen had spent a large part of her life sculpting wolves in clay, I convinced her that an extra day to see some real live ones was absolutely in the cards!

So we took a detour from our intended route, making Golden our first night back in our home Province of BC, and we charged on down the highway to get there before dark ...